Amid Technological Advances, Governments Will Press on New Regulations

The advent of autonomous vehicles will spell the end of third-party liability insurance as a product, as the liable party itself will have changed. That’s why major insurance companies are so busy creating new kinds of policies for the software developers and sensor suppliers of such vehicles. It’s also poised to change regulation of the insurance industry.

Such consequences lie in store for all sectors that are expected to change under the influence of emerging technologies, and this will have an impact not only on product lines and the labor market, but on the very nature of social relations in general. Governments will introduce whole new swaths of regulations. That said, it will become necessary to reach adequate consensus with other countries (space, climate change), consider the moral values of the local population (genetics, artificial intelligence, personal data) and finally play down the voices of politicians when it comes to the regulation of emerging technologies (blockchain, tech platforms).

As much as we’d like to see it happen, the drilling of asteroids is unlikely to become a reality over the next 10 years. However, the question of who owns resources on the Moon will certainly arise with the development of the first permanent lunar base. As has been reported, Jeff Bezos plans to land there as early as 2023.

Insofar as international law contains no clear rules governing the management of extraterrestrial resources, we should expect one of two likely scenarios to unfold:

Even more pressing is the issue of the exponential growth of satellites in low-Earth orbit expected over the near future. SpaceX, OneWeb, Amazon, Facebook and apparently even Apple are working on the launch of global satellite internet.

Today, internet access in each country is provided by the respective national companies. When governments want to force them to take a particular measure, they adopt the corresponding laws on the “sovereign internet.”

But how will that work if the internet is provided from space, and everyone interested can simply connect to it? This isn’t just a matter of censorship. Every provider of such satellite internet will want to become a global monopolist, what can ultimately bankrupt national telecoms.

It would be logical to expect that we won’t have to wait long for the introduction of legislative packages pursuing the following two objectives:

Incidentally, in Russia such laws were either proposed or adopted in Russia already in 2019:

We’re standing on the threshold of a new era in space exploration, and the general conventions of the 1970s are no longer enough. The profession of space lawyer is about to become very lucrative.

If you’ve ever heard about genetic testing and CRISPR, you’re definitely among the most well-informed members of the population. The latest advancements in the field of genetics are posing such difficult and controversial questions at the intersection of ethics, demographic evolution and international relations that legislators will have to think again and again about how to regulate them, and most importantly – where to turn for guidance in the process.

The first question involves the screening of embryos for the purposes of in vitro fertilization (IVF). Do you think future parents who use IVF should be entitled to select among the available embryons the one that’s free of genetic disease? Let’s say the answer is yes. Then, should they be entitled to select the embryo that has the highest IQ or the one that’s likely to grow taller than the child’s peers?

This isn’t just a theoretical debate — one company began offering polygenetic-indicator analysis services just this past year. Unlike the analysis of individual genes, the new methods make it possible to make predictions across a much wider range of indicators.

Harmonized regulation is lacking – parents must reach their own answer as to the ethics of “programming” the parameters of their future children. And if they really want to give the best genes to their future child, they can always fly to Mexico or China, where it’s already permissible at the legislative level.

The second question involves the wholesale spread of genetic testing. Data on the population’s DNA is ending up in the databases of private companies that lure people in with the promise of near-useless information about their ancestry while getting access to invaluable arrays of data.

Some are of the opinion that our DNA contains such valuable information that, in 20 years, everyone who’s disclosed it to private corporations will sorely regret it. What if Google were to acquire 23andMe, with all of the accumulated data on its clients, and start showing them ads based on their genetically-determined inclinations? What if a totalitarian government were able to manipulate public opinion with the aid of data on the genotypes of the country’s citizens?

The third question concerns the technology involved in modifying the human genome, namely, CRISPR. Unlike embryo screening, what’s at issue here is interfering with the DNA of a full-fledged person with the aim of introducing certain changes. It’s believed that this technology was first used on people in 2018, when a Chinese scientist announced that he had “created” two twins by the name of Lulu and Nana boasting HIV immunity as a result of the modification of the CCR5 gene.

With their growing awareness of genetics as an important factor in national health and perhaps even as a competitive advantage in the international arena, governments will begin actively formulating their distinct approaches to the regulation of genetic activity. The first national laws and international conventions regulating the field will begin to emerge.

The climate of our planet is changing, which doesn’t come as a surprise to anyone anymore. According to UN projections, by 2050, the temperature in the Arctic will increase by at least 3-5 degrees. It will become easier to develop the natural-resource deposits found there, and the Northeast Passage will assume a larger chunk of the cargo now carried through the Suez Canal. The Arctic will emerge as a critical region of political and military presence.

A new category of refugees will appear – people forced to flee their homes due to landscape changes. Real estate prices will drop in those regions suffering from global warming. Natural disasters will remain some of the leading global risks.

Climate change isn’t about technology per se (as are the other sections of this article), but due to the sheer scale of its ramifications, the phenomenon will nonetheless continue to top the global agenda in the coming decades.

Ove the next decade, mililenials, who care much more about issues of social responsibility and conscientious consumption, will take up much more public offices. This will lead to an increasing number of measures and laws aimed at climate conservation.

If you don't want to hear about bitcoin any more, just skip to the next section. However, we cannot ignore the topic altogether.

Two fundamental properties that were not at allobvious just 10 years ago have become apparent thanks to the emergence ofblockchain:

Both properties lie at the heart of the entire crypto revolution, which, despite the recent drop in bitcoin price, continues to unfold apace, capturing more and more minds. All other great crypto products, such as stablecoins, digital collectibles, DeFi, DAO, etc. are built based on them.

Within the next 10 years, the mobile devices of all internet users will carry at least one crypto asset. It might be the good old bitcoin, the digital Chinese yuan, the Libra coin enabled in all Facebook apps, the Blockstack tokens of the decentralized internet – or something else altogether. The idea of unique digital assets that can be owned and controlled through the mere knowledge of the right code or word combination is here to stay.

It’s not that important how individual governments decide to regulate the private use of crypto assets. It will be much more interesting to see how states approach the regulation of global private money where the issuer is aprivate organization – like Facebook’s Libra coins, or autonomous money where there is no formal issuer and that function is instead performed by a protocol – like with bitcoin.

As concerns smart contracts, the autonomous protocols on Ethereum are capable of handling almost any transactions. In 2019, one of the most sought-after smart-contract use cases became the creation of primitive financial functions – what is known as decentralized finance or DeFi.

The idea here is that almost any financial function can be implemented by means of a decentralized protocol capable of facilitating trading (Uniswap), lending (Compound), the issuance of stablecoins (MakerDAO) and the rebalancing of assets (TokenSets) without the participation of an intermediary. Insofar as traditional financial institutions like banks and stock exchanges constitute software controlled by particular legal entities, there are no fundamental obstacles to replicate all such functions within the scope of smart contracts.

If this thesis is valid, over the next decade we’ll see the unfolding of competition between autonomous financial protocols, on the one hand, and centralized financial institutions, on the other. Governments won’t be sitting on the sidelines and will start looking for pragmatic approaches to regulation.

Artificial intelligence (AI) methods lie at the heart of most useful technologies of today: autonomous vehicles, voice recognition, the modelling of protein structures and many others.

However, AI is fraught with certain risks and challenges for society. What’s at issue here is not so much AI itself, but how and for what purposes it’s used. It’s precisely these areas that governments will seek to regulate.

The regulators of each country will likely by guided by moral and ethical values which, as we know, can vary greatly from country to country: the right to privacy, the prohibition against discrimination, freedom of speech, and so on.

While automated facial recognition has been already banned in San Francisco in 2019, in China and Russia this matter has not even become a topic of public discussion yet.

In all likelihood, no international rules or guidelines for the developers of AI systems will be adopted and each country will be left to establish its own rules of the game.

Antimonopoly (or “antitrust”) legislation first appeared in the USA in the late 19th century in response to the concentration of oil production in the hands of Standard Oil. In 1999, such legislation was used against the monopoly of Microsoft over the PC operating system market.

Over the next decade, we’ll see how US and EU regulators finally decide how to regulate the technological platforms that have already established themselves as monopolies on their respective markets: Google, Apple, Facebook, and Amazon. In Europe, plans call for adoption of the Digital Services Act, which will take some time to negotiate but will eventually be implemented.

The task is much more challenging this time around. First, each of the players has its own unique business model, making a uniform approach unlikely to work. Second, California’s tech companies taken together boast a formidable lobbying budget – the largest, infact – and have no intention of capitulating. Third, the issue of tech regulation has taken on such a dramatically political tone that all of the 2020 presidential candidates have included it in their respective platforms.

The agenda of regulators isn’t limited to the fields listed above. It will also become necessary to think about how best to respond to the global trend towards the legalization of various substances, how best to change the rules governing tax residency against the backdrop of increasing international mobility, and even how best to regulate deepwater drilling of the seafloor.

NFTs, DAOs, and now meta … metaverses? Let’s see what it’s about and why lawyers (among others) will soon be studying the laws of imaginary worlds. 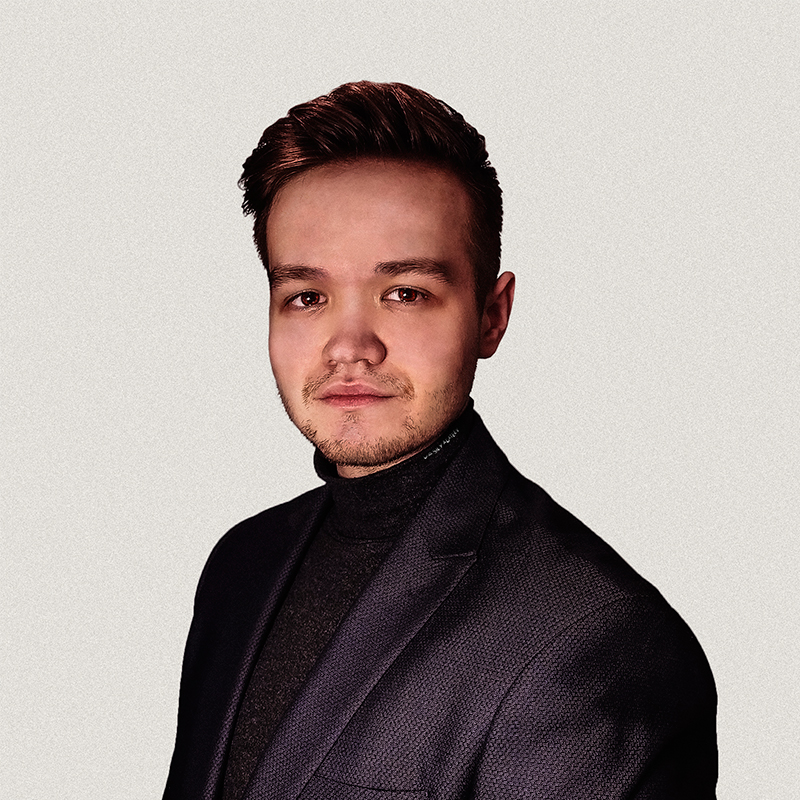 On July 31, 2020, the Russian President signed into law a federal statute introducing digital assets within the legal framework for the first time.

Amid Technological Advances, Governments Will Press on New Regulations

Six areas where we expect regulators will be very active this decade, including space, genetics, and climate change.